v5.4.2 is mainly about optimising the performance and stability of existing features. Updates to the squid proxy software are included alongside which will improve memory usage and improve the compatibility of HTTPS filtering with newer web browsers.

If you haven't already, make sure to enable the Reporting Digest in Setup -> Organisation. This feature emails you notable insights from your reports every so often. It's handy way to stay on top of what your users are doing without having to log in and run a report yourself. 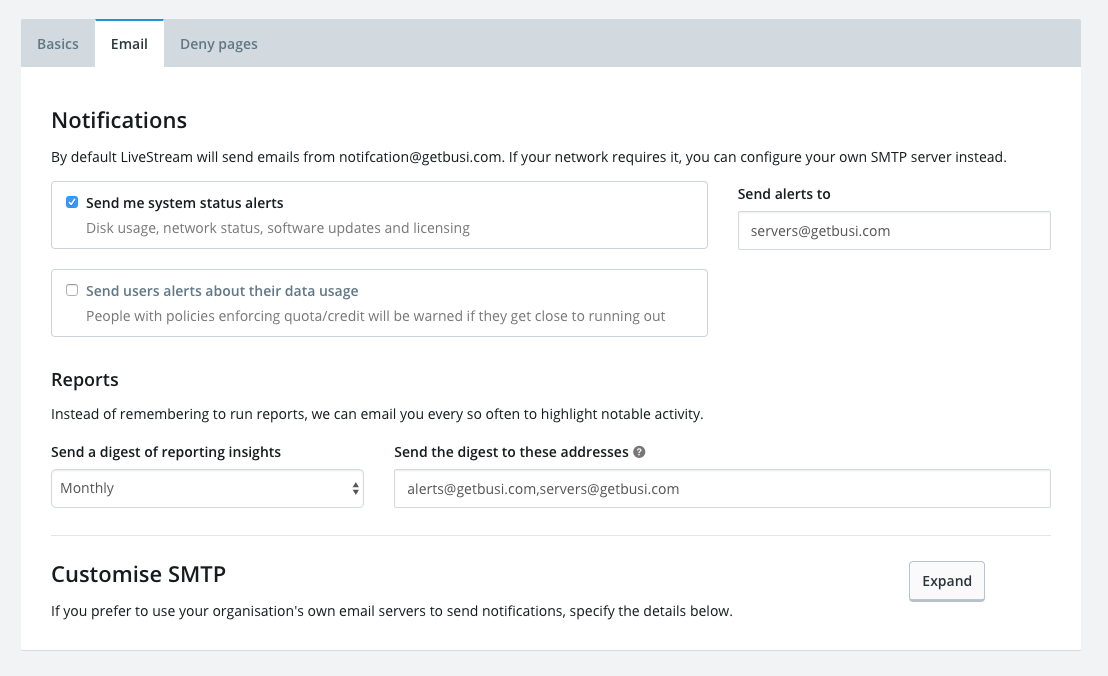